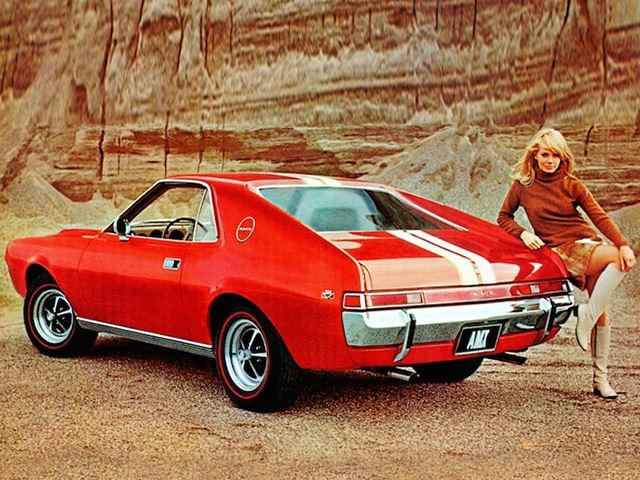 AMC has been defunct since 1988 when it was purchased by Chrysler, but AMC vehicles can still be found on the road and in garages across the country. Some of American Motors’ vehicles, such as the AMC Gremlin, are among the most famous and popular models in history. To get OEM Used AMC Auto Parts visit 50 States Auto Parts for the best and quality used car parts with 90 days guarantee.

American Motors Corporation was an American automobile manufacturing company formed on May 1, 1954, by the merger of Nash-Kelvinator Corporation and Hudson Motor Car Company. It was the largest corporate merger in US history at the time. The most similar competitors to American Motors were automakers with comparable annual sales levels, such as Studebaker, Packard, Kaiser Motors, and Willys-Overland. The Big Three: Ford, General Motors, and Chrysler—were their main competitors.

American Motors’ product line included small cars such as the Rambler American, which debuted in 1950 as the Nash Rambler, Hornet, Gremlin, and Pacer; intermediate and full-sized cars such as the Ambassador, Rambler Classic, Rebel, and Matador; muscle cars such as the Marlin, AMX, and Javelin; and early four-wheel drive variants of the Eagle and Jeep Wagoneer, the first true crossovers in the United States market.

American Motors was widely known for the design work of chief stylist Dick Teague, who “had to make do with a much tighter budget than his counterparts at Detroit’s Big Three,” but “had a knack for making the most of his employer’s investment.” Following periods of intermittent independent success, Renault purchased a majority stake in American Motors in 1979, and the company was eventually purchased by Chrysler.

Are American Motors Auto Parts are Costly to Fix/Expensive?

American Motors is becoming increasingly expensive as a nationwide inventory shortage worsens. Most car manufacturers are experiencing major production issues due to a shortage of semiconductor chips. In the case of American Motors, customers may discover that their favorite vehicle is significantly more expensive than normal prices.

American Motors can last a long time if properly maintained, and the yearly maintenance cost is an average of $ 700 to $ 1000 per year. American Motors, like all vehicles, require routine oil changes, tire rotations, inspections, and other maintenance to keep them running smoothly.

Get a Quote for Other Used American Motors Auto Parts Model:

Where to Buy Used American Motors Parts Near Me?

Our hassle-free service will help you get the Used American Motors Parts within 3 to 5 days to your Doorstep. If you are not satisfied with your purchase, you can claim a refund or replace your item within the given time frame.