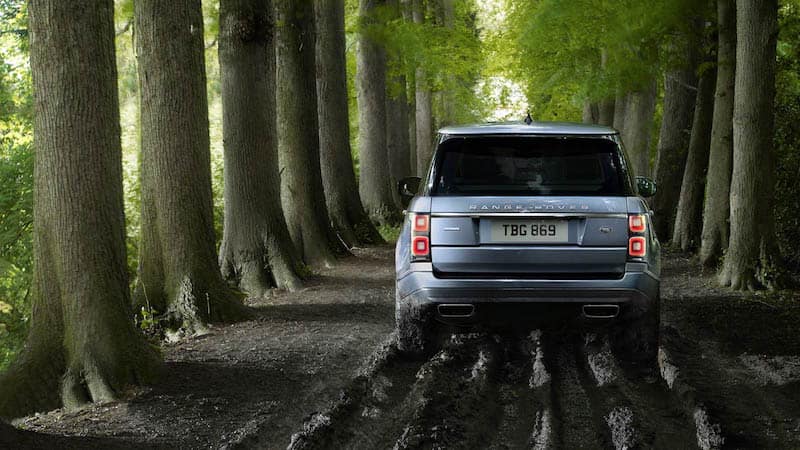 Land Rover is a British brand of primarily four-wheel drive, off-road capable vehicles owned by multinational automaker Jaguar Land Rover, which has been a subsidiary of India’s Tata Motors since 2008. Land Rovers are currently manufactured by JLR in the US, Brazil, China, India, Slovakia, and the United Kingdom.

If you are searching for a quality OEM used car part for your Land rover, then 50 States Auto Parts is the one that will provide all your requirements at a discounted price with 90 days guarantee.

Maurice Wilks drew a drawing of a vehicle he called the Land Rover in 1947. The Rover Company introduced the Land Rover series in 1948, and its four-wheel-drive body style was influenced by the Jeep body style and chassis. Exterior colors were mirrored off the military during the early years, so those with a Land Rover could only get one in various shades of light green. The Land Rover series would continue to evolve and create luxury models that everyone would enjoy over the next few years.

Land Rovers and Range Rovers used their trademark boxed-section vehicle frames exclusively for half a century (from the original 1948 model until 1997, when the Freelander was introduced). Land Rover used boxed frames in a direct product bloodline until the end of the original Defender in 2016 when it was replaced by a monocoque with the third generation Discovery. All Land Rovers and Range Rovers have had a unified body and frame structure since then.

After building exclusively 4WD cars for 62 years, Land Rover has introduced two-wheel drive variants of both the Freelander and the Evoque since 2010. The 2WD Freelander has been replaced by a 2WD Discovery Sport, which is available in some markets.

Are Land Rover Auto Parts are Costly to Fix/Expensive?

Land Rovers are luxury vehicles, so their maintenance costs will be higher than those of regular vehicles. Because of the high quality of construction and manufacturing for each Land Rover part, they are not the cheapest option on the market. Having said that, they offer excellent value for money. Finally, this means that you can get the part you need and be confident that it will continue to serve you well for years to come. As a result, it may be worth spending a little more to ensure that you won’t have to worry about replacing it in a couple of years.

When you look at it this way, you’ll notice that Land Rover parts aren’t all that expensive and can save you money. Particularly when you consider that replacing a piece of your Land Rover with used car parts helps you in getting a smaller bill.

Land Rover maintenance costs can quickly add up, but with 50 States Auto Parts, get genuine quality used Land Rover Parts and save hundreds on your car insurance premiums. Simply dial or mail us and the rest will take care to get you the best auto part. You’ll receive competitive quotes from top-rated used auto parts replacement.

It’s also worth noting that some Land Rover models will cost more to maintain than others. Every new Land Rover comes with a factory warranty that covers the basics for a set number of years. Parts purchased with 50 States Auto Parts come with the best-extended car warranty. Land Rover, like all vehicles, requires routine oil changes, tire rotations, inspections, and other maintenance to keep them running smoothly.

If you’re experiencing jerking or rough shifting while driving, you should get it checked out right away. Used transmissions can help you save money on repairs while still using high-quality, genuine manufacturer parts. Unfortunately, the cost of repairing these issues is also significantly higher. If you need to replace the transmission in your car, consider purchasing used Land Rover transmission parts to save money. The first symptom is usually a rough ride, with bucking and jerking, particularly at higher speeds.

Get a Quote for Other Used Land Rover Auto Parts Model:

Where to Buy Used Land Rover Parts Near Me?

Our hassle-free service will help you get the Used Land Rover Parts within 3 to 5 days to your Doorstep. If you are not satisfied with your purchase, you can claim a refund or replace your item within the given time frame.